Crime remained in all societies morally and legally prohibited, and it is considered, from a legal point of view, all unlawful acts resulting from a criminal will, to which the law decides penalties stipulated by the criminal records.

In sometimes, the law prescribes higher penalties for it than for normal times. The specific punishment for a single crime varies between the “normal” time and the time of the catastrophe, given that during the latter the crime constitutes a more outrageous act, thus raising the legislator from the penalty – in different countries – when the crimes are brought in at the time of disasters.

This is what the Moroccan criminal legislator decided when he decided to raise the punishment for theft from five to ten years at the time of the disaster, stating that the description of this criminal act was transferred from a misdemeanor to a felony, stated in Chapter 510 of the Criminal Law “Theft is punishable by imprisonment from five to ten years if it is accompanied by one of the following conditions: Commit theft in times of fire, explosion, collapse, flood, drowning, revolution, rebellion, or any other disaster. Considering that a disaster is a relatively short period that causes widespread human, material, economic and environmental losses, which exceed the ability of society to overcome with its own resources. In contemporary academic circles, disasters are seen as the result of improperly managed risks. These risks are the product of a mixture of risks and vulnerabilities. The risks in low-impact areas will never turn into disasters, as is the case in uninhabited areas (1).

A natural disaster can be defined as every sudden event that causes either disrupting or stopping the normal course of life within society. It results in human, material, environmental, or economic losses; Regardless of their nature: geophysical: such as earthquakes, tsunamis.. Or climatic: such as fires, droughts, hurricanes.. Or biological: such as diseases and epidemics (2). Article 3 of the Dahir Sharif No. 1.16.152 issued on 21 of Dhul Qi’dah 1437 (25 August 2016) defined the implementation of Law No. 110.4 related to creating a system to cover the consequences of the catastrophic events and to change and supplement Law No. 17.99 related to the Insurance Code (3)

That it is every accident that causes direct damage in Morocco, the decisive cause of which is due to the act of extraordinary force of a natural factor or to the violent act of a person. The natural unusual force factor constitutes a catastrophic event if it is found that it meets the following specifications: that the event that caused it has a sudden condition or an unpredictability, and if the event can be expected, it is required that the usual measures taken do not avoid it or cannot take The following measures: – that its damaging effects pose a serious danger to the public. A violent act of a person is considered a catastrophic event if it: constitutes a terrorist act or a direct result of the occurrence of sedition or popular disturbances when its effects constitute a great danger for the public, and is considered in the ruling of damages caused by the catastrophic damage directly resulting from the rescue and relief and security measures if These actions and measures were related to this incident.

Based on that, the preliminary ruling issued by the Court of First Instance in Kenitra on April 09, 2020 in the misdemeanor file number 495/2103/2020, which considered that the theft in the time of Corona is a felony as long as this crime was committed in the event of a health emergency devastating the country and is What is considered by criminal law a disaster. The ruling stated: “On the other hand, the theft was committed during the state of health emergency declared by the Kingdom’s government in accordance with Decree No. 2.20.293 pursuant to the Decree Law No. 2.20.292, resulting in the general threat to the life and safety of people due to the spread of the Corona virus pandemic, which is considered a catastrophe in the eyes of the court, according to Chapter 510 above, in view of the panic and disturbance caused by the spread of this virus in the hearts of citizens, with whom they are unable to protect their property, especially before they are legally obligated, according to the second article of the same applied decree, to not leaving their place of residence except in the case of necessity The maximum, on narrow conditions or they will be subject to criminal punishment.

Many Moroccan researchers were either supporters or opponents to this judicial ruling. As for us, we see that the ruling in its explanation was the right, considering that the criminal text in Article 510 of it talks about the “raise” of the punishment for the crime of theft during disaster days, and that the Corona epidemic is mentioned within this group, adding to that the fact that it is recognized by the World Health Organization as a “pandemic” (4) because it contains a large group of viruses that cause illnesses ranging from colds to more severe diseases, such as Middle East Respiratory Syndrome (MERS-CoV) and severe acute respiratory syndrome (SARS-CoV). The emerging corona virus (nCoV) is a new strain that has not been previously identified in humans(5).  A pandemic is an epidemic that spreads on a very large scale that transcends international borders, affecting – as usual – a large number of individuals. And pandemics affect the environment and agricultural organisms such as livestock, agricultural crops, fish, trees, etc. (6) (7). Thus, by comparing the terms catastrophe and pandemic, we discover that a pandemic is more dangerous than a disaster in terms of its extent and the severity of its effects, and thus the criminal text that raises the penalty for theft in the time of the disaster applies to the Corona Corvid 19 pandemic, as the pandemics are more general, broader and more dangerous than disasters.

In the idiosyncratic terminology, Ibn Arafah defined the pandemic as “what was destroyed by a miracle who usually paid a certain amount of fruit or a plant after selling it”, a footnote to aleadawii ealaa kifayat altaalib alrabanii laealiy alsaeidi aleudawii, vol. 2, p.281

And the Maliki mentioned many evidences on the status of pandemics from the noble Sunnah, and these evidence are:

What was stated in Sahih Muslim (narrated by / on the authority of) Jaber (that the Prophet, peace and blessings be upon him, commanded to place pandemics) Muslim: Sahih Muslim, vol. 3, p. 1191, hadith number (1554), al-Musqaqa book: Chapter on pandering.

And what came in Sahih Muslim (narrated by /  on the authority of) Jabir bin Abdullah, that the Messenger of God, may God bless and grant him peace, said: (If you sell fruit from your brother and it is a pandemic, then it is not permissible for you to take anything from him by taking your brother’s money without right) Muslim: Sahih Muslim, vol. 3, p. 1191, Hadeeth No. (1554), Al-Musqaqa Book: Chapter on Pandering. 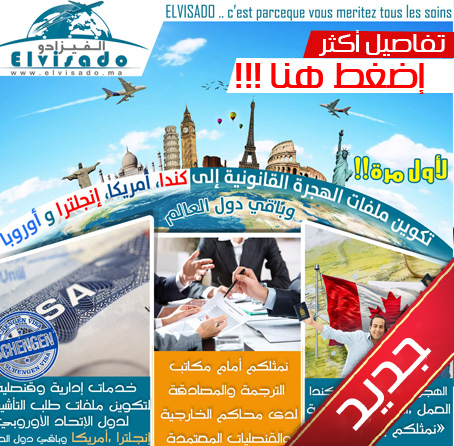