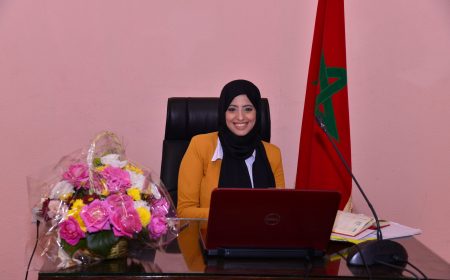 Since the end of the Cold War in 1991, and the loss of the eastern camp led by the Soviet Union, and its dissolution, all this made Russia, the successor of the Soviet Union, pay attention to its national security. That is mean improve the military by supporting the army, protect air space, and the borderland. Especially, the near the countries which Russia considers as a huge part of the Russian national security.

All of the above has placed Russia in a permanent position of readiness to protect its national security and prevent NATO forces from reaching its territory or even its neighbors. This led it to intervene militarily in Crimea in 2014, and officially in Ukraine in 2022. Or even threatening other countries in the event of NATO membership, but Ukraine has a different situation, where if Ukraine joins NATO, then Russia will be besieged by the West.

There are numerous sanctions that have been imposed on Russia, such as the banning the Russian Banks from SWIFT for the U.S.A., freezing the assets of all major Russian banks for the U.K., and for Canada, has banned the import of Russian crude oil, although Canada has not imported anything since 2019[1].   A lot of people wanted for military moves, however, the U.S.A. for example- will not fall into the trap again just it happened in Iraq and Afghanistan before, which has cost George Bush the sun the American elections. More than that, facing up to a country the size of Russia is not the same as any other country. Russia is the successor of the Soviet Union, one of the most powerful countries on the military side, and it is a nuclear power. Involved in a war with Russia will cost the whole world heavy losses.

Who is the most powerful country?

After almost one month since the Russian invasion has started in Ukraine, there are two scenarios- according to the facts that occurred, which may happen in the forthcoming period. The first scenario is equality between Russia and the United States. Right now Russia has improved in that it is more powerful than before, it is the 8th largest oil reserve and the 2nd largest coal reserve. It is one of the world’s leading natural gas producers and exporters, while also being the 2nd largest oil producer and exporter[2]. It is one of the nuclear countries with 5,977 nuclear warheads[3], which made it ready at any time to attack. Therefore, when Russia attacked the Crimean island in 2014 and controlled the Syrian Regime in 2015, it tested the international community, in the Syrian Crisis there was no sanction because Russia did not interfere the internal affair of Syria, it just respond to the request of Bashar Al Asad to keep the security, although that Russia made war crimes in Syria b using chemical weapons. In Crimean island it was different, it is a land which is near to countries that are members of NATO, and it is a European country as the European media said, however, the sanctions were not huge as they are now. Russia has proved its power, and there is no country that literally can face it, by the testimonies of the head of states such as the U.S.A., the U.K., and France. The Russian president Vladimir Putin did not start this war until he was aware of the consequences of the decision. For example, Russia knows that Europe cannot dispense the Russian gas, and if they take any sanction about the Russian oil, Russia will make Europe a freezer. When America tried to isolate Russia, it went to Venezuela and proposed to end all the problems and sanction against Venezuela which was imposed in 2019, more than that, the American talked with Nicholas Madoro, and not to Opposition leader Juan Guaido as the legitimate president of this South American country recognized by the United States of America, Which means that America is desperate for Russia to be on the road to leading the world’s poles, which has long been the only pole in the world, even with the rise of new powers like China and India.

Of course, when this did not work, America return to the Oil Poles in the Gulf, the Kingdom of Saudi Arabia, the United Arab of Emirates, and Qatar. For Saudi Arabia and Emirates, the silent crises have started since Joe Biden won the election. They have not talked on the phone since then! We can understand why, because the Saudi authorities found that Biden’s administration is not the same as Trump’s, America pushed Saudi Arabia to end the war in Yemen, refuse selling weapons but defensive weapons[4]. Also, it has reservations about the human rights file in Saudi Arabia, especially since the murder of journalist Jamal Khashoggi. This sparked the crisis between the two countries.

For Emirates, after the normalization with “Israel” they are still unable to buy the F-35 aircraft, because “Israel” wants to maintain its military superiority in the region[5].

When America asked to increase the price of the barrel oil to isolate Russia and help in the sanction against it, Saudi Arabia refused that. On the other side, Crown Prince Mohammed Ben Salman talked to the Russian president and insure him that Saudi Arabia is a willingness to broker a peaceful solution, more than that he said that the Kingdom is keen to maintain the balance and stability of petroleum markets[6].

For Qatar, it is different, it is associated with oil and natural gas pumping contracts, they can increase the infusion to 15%, but they will not be able to compensate Russian gas on their own, especially that Russia is responsible for up to 40% of supplements to Europe[7].

In my opinion, Biden is floundering the results of his decisions, especially as things started to get away with him. To get back the slap to Saudi Arabia and the Emirates, he rushed to announce Qatar, an ally outside NATO, even though Saudi Arabia is the military partner of the United States of America. This decision was misplaced. The last thing Biden wants now is to increase the number of his enemies, and, in my point of view, it seems that he will isolate America from the world, not Russia. Especially that Putin has said that his country is capable of bypassing sanctions and finding alternatives, it is clear that he would not have entered this war if he had not calculated all internal and external aspects.

Will we see Russia destroyed as the Soviet Union was before?

The second scenario is that the economic sanctions will escalate the crisis not only externally, but also internally. On the international side, Russian oil imports were banned by the United States of America, to deter Russia in its war on Ukraine. However, despite this prohibition, it does not affect Russia’s economy because, before the war, Russian oil accounted for only 8% of America’s imports[8], in particular, America is a country that produces more oil and gas than it needs, as President Biden pointed out. Therefore, it is a formality decision that will harm no one, not the United States of America, not Russia.

On the other hand, Europe cannot take such a decision, only if it guarantees gas from another side, but as previously pointed out, this is difficult to achieve at the moment.

In addition, the withdrawal of many world oil companies, such as Shell, Rosneft, Eni, and others, will be a blow to the Russian economy, which could turn us to the internal problems that will grow in Russia. Many Russian people reject the Russian war against Ukraine, which will lead to an increase in the number of refugees, thereby increasing prices, and potentially increasing unemployment within the country. However, Russia is now almost isolated from the world because many global companies have withdrawn and many citizens have been left without work. Not to mention the price increase that has risen in days since the start of the war, all of which could spark an internal revolution at any time against Russian President Vladimir Putin. The Russians did not want to see a new American scenario when the United States of America intervened in Iraq, spent a large budget on the war, and then came out empty-handed, all at the expense of the American people, both materially and morally. It appears, however, that President Putin has developed a plan for this and has learned from previous lessons, since even though the sanctions have been imposed by the West “formality” on Russia, Russia still supplies gas to Europe and is bound by associated contracts with them, of course, the subject has nothing to do with Russia’s international commitments, as much as it has to do with the financial return on these contracts so that it can face the sanctions imposed on it and temporarily calm the Russian people. This is the reason why Europe is trying to find an alternative to Russian gas at the same quality and at least at the same price. Of course, there are many options, but at least right now it’s very difficult because no country can compensate for Russian gas imports on its own. For example, if we take Algerian gas, Algeria’s disagreement with Morocco would prevent the two countries from benefiting from this type of contract. The problem is that Algerian intransigence may prevent the benefit of any contracts, not just the Russian crisis. Algeria must therefore overcome its problems with neighbor countries if it imports into the category of oil and natural gas exporting countries. However, there are several reports that Russia’s lack of interest in Western sanctions is only the result of its gold reserves. Since 2010, Russia has been extracting gold from Sudan in cooperation with former President Omar Al-Bashir, to the Vice-President of the Sudan Sovereignty Council, which Russia has quadrupled since then. But what’s more, Russia keeps more gold than the U.S. dollar[9], that is why Russia’s escape from sanctions could be easy with gold in the Russian reserve, and the war against Ukraine won’t stop very soon.

Is it World War III?

The entire world is afraid of the moment when a new world war will take place since the last meeting between the camps of East and West is over, it ended in huge losses, but now we’re dealing with sophisticated versions. This is known by all parties, especially the United States of America and Russia.

Russia will not retreat and the war will only take place in the event of a direct attack on Russia, the United States of America, or any NATO state or intervention in Ukraine by a foreign party other than Russia. That’s why everyone said they weren’t going to intervene militarily in Ukraine. The entire world continues to suffer from the Corona epidemic, regardless of whether States have lifted the restrictions or not, and the world continues to suffer financial and human losses caused by the epidemic. Countries are still trying to get up on their feet. Getting into the war is the worst thing for everyone. Therefore, the end of this war is Russia’s victory because it cannot return now. As for the Third World War, it could not be happened “for the moment”, because States had become more conscious than before, it could be said that the Russo-Ukrainian crisis was merely a spark if it did not end soon, and then, and only then- the Third World War could be talked about.

[1] There are another sanctions on Russia, you will find it in the following link: https://www.alaraby.co.uk, “القائمة الكاملة للعقوبات الاقتصادية الدولية المفروضة على روسيا”, The List of full economic sanctions which imposed on Russia, 13 March 2022.

[2] The official website of the Gas Exporting Countries Forum, www.gecf.org/countries/russia-russian-federation. 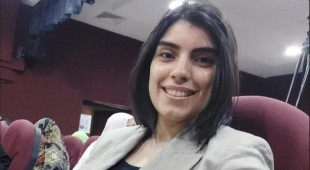 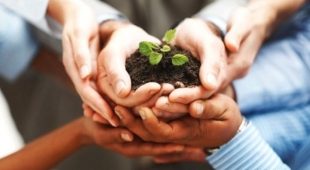 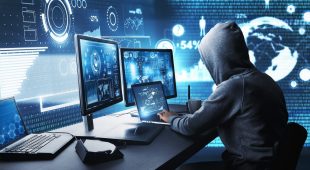